Before CEOs Pop the Question, They Need to Understand Why Most Mergers Fail and the Secret Behind Those That Succeed

Oddly, this corporate buying spree is accelerating in defiance of a stark fact: The vast majority of mergers fail.

An analysis of 2,500 deals over 17 years by L.E.K. Consulting shows that more than 60 percent of corporate acquisitions actually destroy shareholder value.

Some mergers don’t achieve the predicted cost efficiencies. Some bog down in the mechanics of integrating two complex companies.

But the biggest pitfall is not increasing sales enough to justify the high price of the acquisition, according to a new book by L.E.K. Consulting Managing Directors Alan Lewis and Dan McKone. Executives have unachievably optimistic estimates of how much each company’s products can be sold to the others’ customers, they argue.

“Revenue synergies are typically the hardest part of a predeal valuation,” Lewis says. “We find most companies get it wrong.”

In Edge Strategy: A New Mindset for Profitable Growth (Harvard Business Review Press, January 2016), Lewis and McKone suggest that the secret to successful mergers is combining companies that have meaningful overlap at the “edges” of their business. In other words, the products, customers or capabilities of one company can build on and expand the business of the other.

“When their growth slows, many companies buy new businesses far removed from any of their existing operations,” McKone says. “The trouble with these acquisitions is that while the rewards can be high, so too can the odds of failure.”

Edge Strategy, based on analysis of companies in 62 industries, says many companies can grow faster with less risk by forgoing mergers and taking advantage of opportunities for new products and services that are already in the periphery of their existing operations. For example, the prepared food business of Whole Foods Markets would by itself be among the 25 largest restaurant chains in the United States, yet it was built using the real estate, supply chain and other resources of the company’s existing supermarkets.

Acquisitions can pay off handsomely, Lewis and McKone suggest, when they exploit the same sort of overlap.

When Best Buy bought the technical support firm Geek Squad, it helped fill the needs of its existing customers that were at the “edge” of the narrow experience of buying a piece of complex electronics. Lewis and McKone urge executives to think about the “journey” of their customers, in this case from wanting see the Super Bowl in high definition, to buying a flat screen TV, to getting it home, mounting it on the wall, and hooking it up to the cable box, video game and DVD player. Geek Squad allowed Best Buy to help customers with additional steps in the journey, increasing satisfaction and earning high-margin fees at the same time.

Geek Squad, which had $3 million in sales when Best Buy purchased it in 2002, had $3 billion in revenue and 24,000 employees eight years later, with profit margins of 40 percent.

Lewis and McKone contrast Best Buy to eBay, which failed to produce any synergies from its $2.6 billion acquisition of Skype, the video communication service, in 2006. Announcing the deal, then CEO Meg Whitman said, “Skype can accelerate the velocity of trade on eBay and accelerate the volume of payments through PayPal.”

If eBay had looked closely at the needs and behaviors of people who buy and sell online, Lewis and McKone say, it would have discovered little need for video chat, which is likely to slow down transactions. Indeed, the company already had critical evidence of how little its customers used Skype before the merger. “Buyers weren’t jumping on Skype in large numbers to engage with eBay sellers during deals; why should they do so after the deal?” Lewis says.

A rare example of what Lewis and McKone call “a dream deal” is Procter & Gamble‘s 2005 acquisition of Gillette. The payoff came because the edges of each company’s product lines could be filled by capabilities of the other.

“Gillette truly was a leader in blade technology and had been rewarded in the market with the runaway success of its Mach series of products,” McKone says. “Combining this with P&G’s lotion products, the new company was able to market Gillette’s Venus razor brand for women with P&G’s Olay skin-care brand as a combination product.” Conversely, Gillette introduced new shave lotions, deodorants and shower gels using P&G’s technology and expertise.

The book also contrasts Pfizer with Gilead Sciences, two pharmaceutical companies that have grown through a series of acquisitions. Pfizer bought other big diversified drug companies that added many business lines unrelated to its existing products. Gilead initially built a profitable franchise in H.I.V. therapies then expanded from a biotech startup to a $31 billion revenue powerhouse by carefully buying companies with drugs for other infectious diseases such as hepatitis B and hepatitis C.

Pfizer and other large pharmaceutical companies made acquisitions in what turned out to be a self-defeating search for growth, Lewis says. “They got themselves into a lot of trouble because they ended up with assets that they have to dispose of, technologies they really didn’t know how to use and spaces they really didn’t know how to commercialize.”

Edge Strategy shows executives how to look at their companies’ existing capabilities to find product enhancements that increase revenue, build services that broaden their relationships with customers, and even create businesses that capitalize on their existing assets to serve new customers. By developing an “edge mindset,” companies using this approach can consistently capture all of the return from the risks they have already taken.

For more information, or to schedule an interview with Alan Lewis or Dan McKone, contact Katarina Wenk-Bodenmiller of Sommerfield Communications at +1 (212) 255-8386 or katarina@sommerfield.com.

About L.E.K. Consulting:
L.E.K. Consulting is a global management consulting firm that uses deep industry expertise and rigorous analysis to help business leaders achieve practical results with real impact. We are uncompromising in our approach to helping clients consistently make better decisions, deliver improved business performance and create greater shareholder returns. The firm advises and supports global companies that are leaders in their industries — including the largest private and public sector organizations, private equity firms and emerging entrepreneurial businesses. Founded more than 30 years ago, L.E.K. employs more than 1,000 professionals across the Americas, Asia-Pacific and Europe. For more information, go to www.lek.com.
Edge Strategy® is a registered trademark of L.E.K. Consulting LLC 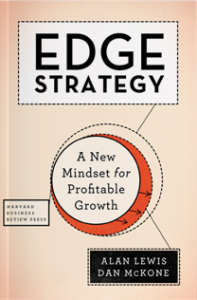 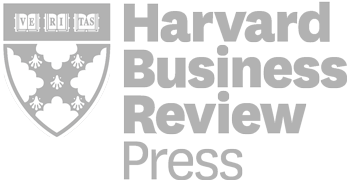